how to create your own site for free

It’s not often that superior skills in military operations and exceptional vision for dog training come in a single package. In the case of Thomas, lightning struck twice.

Starting early in 2003, his career in military police special operations is where he began making a name for himself as an active-duty EOD specialist and K9 handler. When not at work, he remained immersed in the working dog world; developing his talents as a decoy in Mondio and French ring.

His military career progressed quickly, and he not only became a lead special ops K9 trainer/instructor, but was renowned in the community for his techniques in laser guidance and remote directional training (giving dogs commands at distance such as move left, right, forward, back, climb).

With years of operational experience and a deep understanding of the capabilities of dogs, Tom sat down with a skilled colleague and friend. Together, they developed the idea for a revolutionary and much needed product that could take their military missions (and dogs) to a new level. With that, their training and product development company, T&S Concepts was born.

With front and rear facing cameras, the innovative mask mount now enabled the handler to receive uninterrupted, live video feed of exactly what his dog was seeing. Unlike existing harness systems, the camera angle provided an unhindered view, and the powerful transmission system meant there was absolutely no lag or loss of feed (vital if your dog is in a dangerous situation, such as having discovered an explosive device).

Furthermore, the radio system allowed them to speak to the dog and give them commands not just at distance, but entirely out of sight. Paired with their training techniques, they now had dogs that could not only move in any direction requested, but could also look in a specific direction, conduct a search for persons/explosives, climb ladders, and manipulate objects amongst other behaviors.

Thomas’ practical experience and attention to detail paid off, and just as they’d hoped: operating dogs at distance would never be the same again.

The K9VS was quickly integrated and proven effective by military and police units around the world. It also proved useful in conjunction with various robotic systems, since the dogs could be used to deploy the robots in areas the bots couldn’t reach/navigate on their own.

T&S Concepts continues in their development of the K9VS and new products alike. Meanwhile, Tom brings his techniques in directional training, laser guidance, detection and decoying to handlers and trainers worldwide.

His goal remains to bring together the best of technology and training in order to help push forward the K9 industry and their operational capabilities. 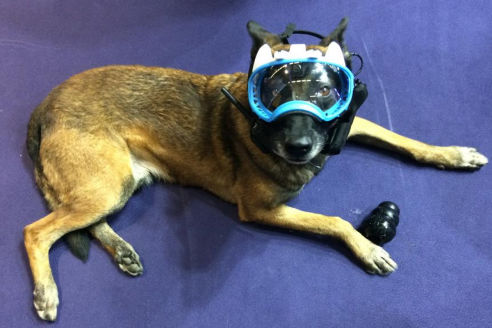 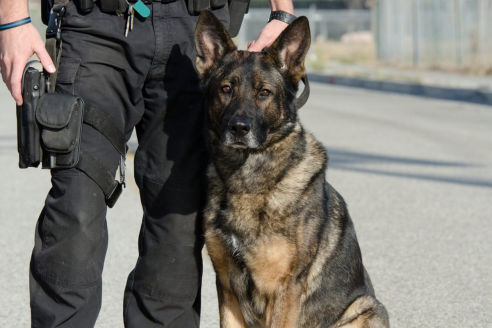 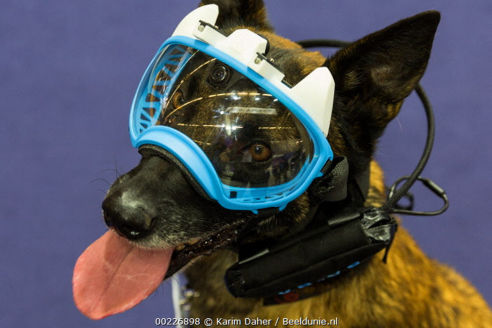